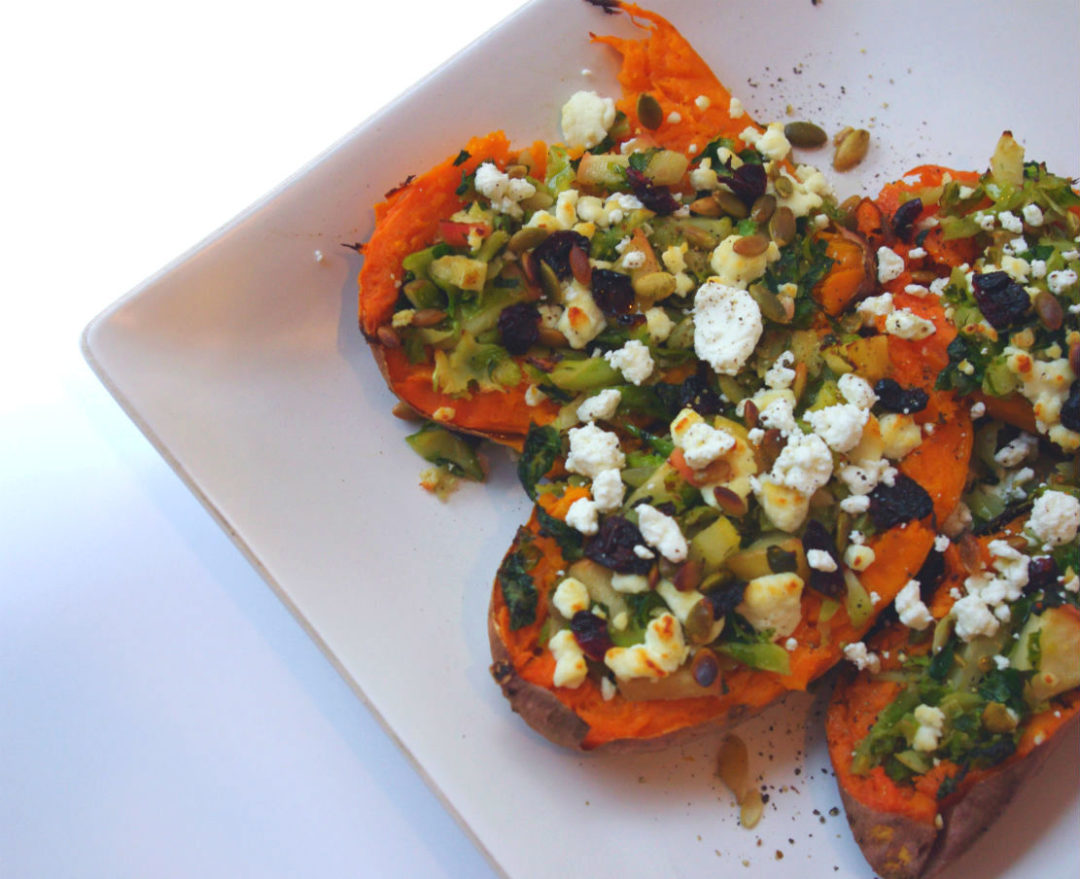 Walking the streets of NYC, it’s nearly impossible to identify a purely American restaurant. There’s no doubt our country’s cuisine has always suffered (correction: benefited) from an identity crisis. The fourth grader in me would probably describe American food as hot dogs and apple pies – but I think we’ve long been forgetting another staple of the American dinner table: the loaded baked potato.

Topped with a mountain of thick sour cream, chives, and crunchy bacon sprinkles, I was never a fan. Despite the smorgasbord of garnish, I couldn’t handle the texture and denseness of a baked potato. As with most foods, a little frying oil and a lot of salt can be a game-changer, which is why I’ve been inhaling plenty of these starchy sides for years.

Recently, I’ve come to appreciate sweet potatoes. Of course, they too happen to taste heavenly when fried and salted…but with autumn around the corner, they can also be a wonderful source of flavor and comfort. I love any vegetable that can serve as a vehicle for more vegetables, so I brainstormed a new, Kayla-friendly baked potato. Melted goat cheese and crisped pumpkin seeds were the answer to my potato prayer and – lucky me! – are much healthier than the toppings of yesteryear. This recipe made four baked potatoes and is super simple!

Pre-heat the oven to 400 degrees and place your sweet potatoes on a baking tray. Puncture the potatoes with a fork so ensure that they cook fully. Bake at 400 for 60-80 minutes, or until somewhat soft and easily pierced. Remove from oven and let cool.

While potatoes are baking, chop your apple up into 1/2 inch pieces, removing the seed and stem. Combine the apple chunks, shaved Brussels, and minced garlic in a mixing bowl and toss with two tablespoons of extra virgin olive oil. Add salt and pepper and stir once more. 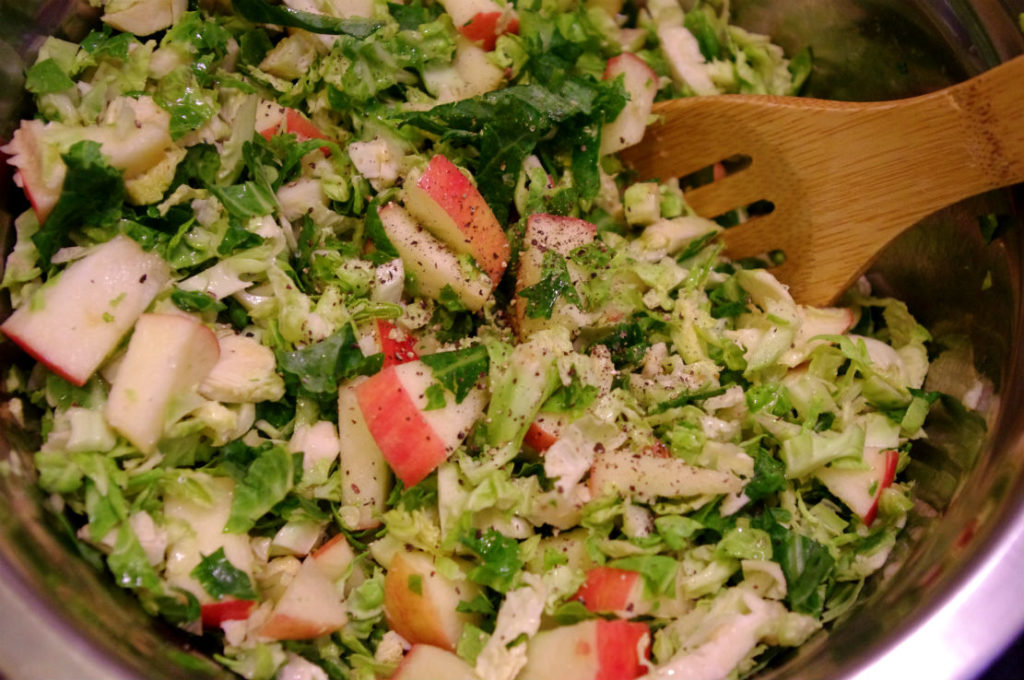 Over medium heat, saute the mixture for about 10 minutes or until the Brussels have softened and the apples become translucent. Remove from heat.

When the potatoes have cooled, slice them open – lengthwise – with a knife, then use a fork to mash in 1 teaspoon of olive oil for each potato. Switch the oven to broil. 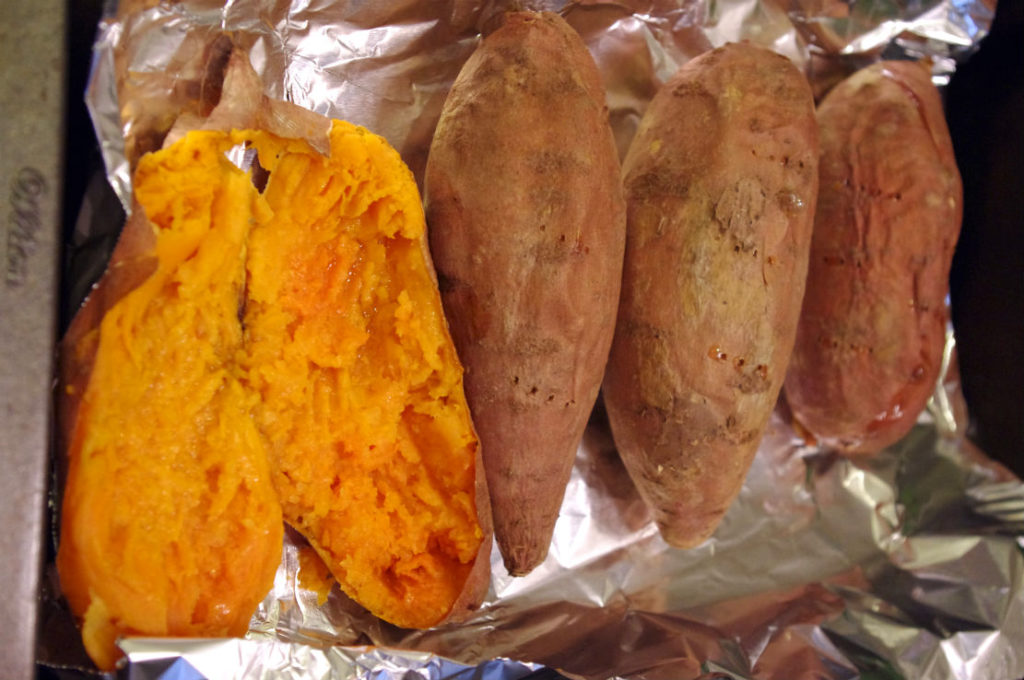 Top each potato with a heft scoop of saute, goat cheese, pumpkin seeds, and dried cranberries. 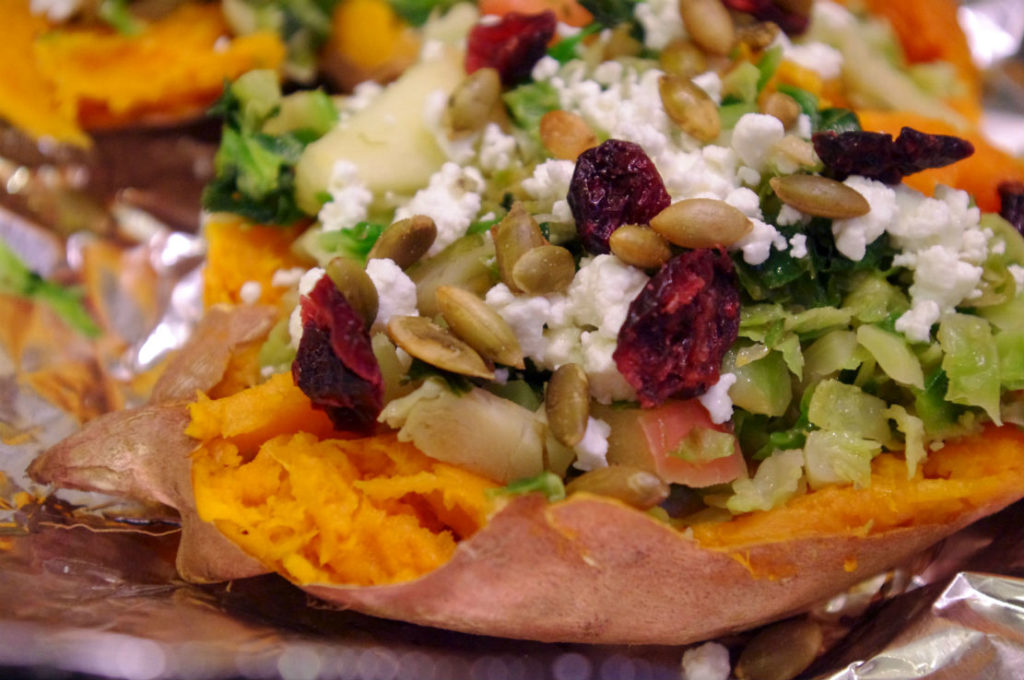 Roast until the goat cheese becomes golden around the edges. Remove from the oven, top with a touch of salt and pepper, and serve warm! 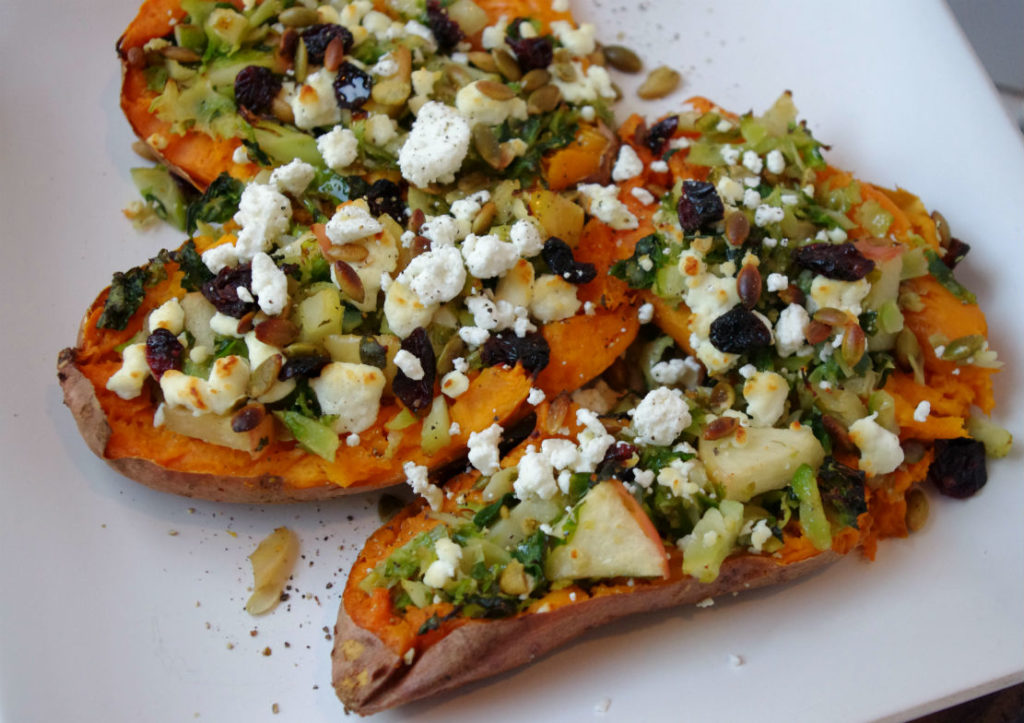 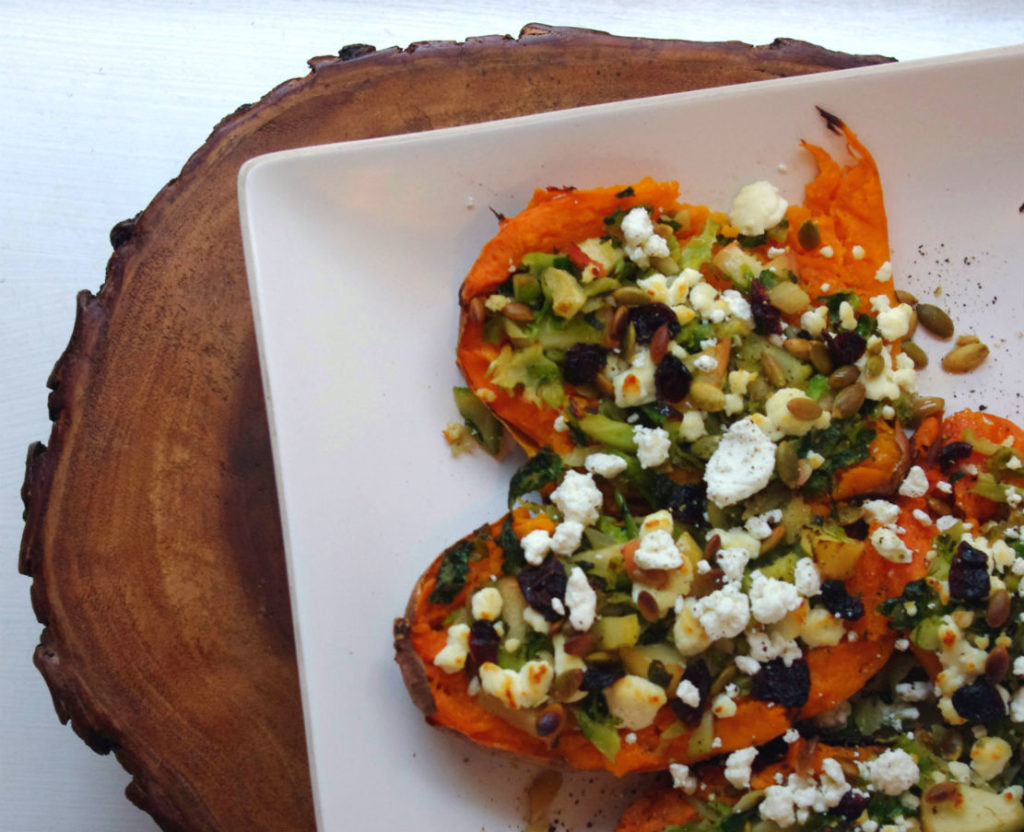 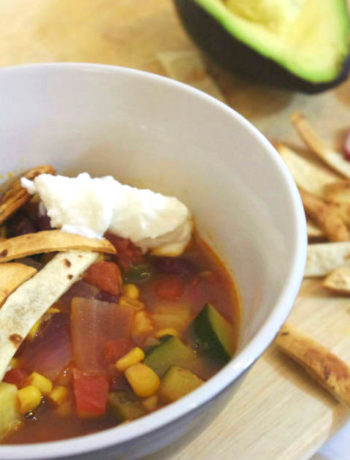 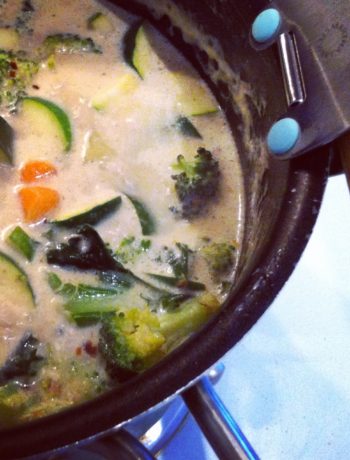